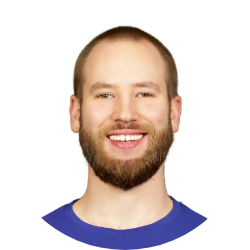 An advertorial is an advertising measure that adapts its appearance to the editorial environment and at first glance looks very similar to an editorial article. The term is composed of the English terms “advertisement” and “editorial”.

The word advertorial is a combination ofadvertisement and editorial. Companies publish advertorials in print and online media to promote themselves in the form of an informative article.

One way is to place a post in popular media and place links to your website there to generate traffic.

According to the rules of the German Press Ethics Council and the press law, such paid articles, which do not serve the purpose of information, but of advertising, must be marked as advertisements.

Advertorials often initially look like a guest post. Here, however, you have to differentiate. A guest article is published by media when they want to present an added value of information to their audience through a specialist on a topic.

An advertorial, on the other hand, is pure advertising for the media. The advertiser pays for the advertorial – and often in online advertising there is an attempt to blur the distinction between guest post and advertorial in order to appear more serious.

The different forms of advertorial – print and online

It does, however, offset a big problem: the lower reader engagement of print advertorials.

A big criticism of traditional online advertising is that the ads get annoying while the actual information is being absorbed. The content the reader wants to consume is constantly interrupted by pop-ups, lay-overs or other ads. In addition, many users use an ad blocker.

The low click numbers then lead to even more advertising space being released to compensate for the falling sales figures. Users are becoming numb to this type of advertising. It’s also called “banner blindness.”

An advertorial solves this problem. Due to the layout as an article, the reading flow is not interrupted and the information absorption is even promoted. A study by the VDZ (Verlag Deutscher Zeitschriftenverleger) supports the positive effect:

On the Backlinked Marketplace we offer you strong advertorials from well-known sites. We will be at your side to advise you and, in addition to writing the text, we will also take care of the entire process with the publisher. You have the maximum influence on the content. You can request more information and a list of our publishers at support@backlinked.com.

Opportunities for advertorials in B2B

Advertorials are not a new phenomenon in the online world. Since the mass distribution of online newspapers, many publishers no longer finance themselves solely through subscriptions, but through advertisements.

Smart advertisers quickly realized that they could have more success with their marketing if they designed ads like articles to draw attention to their product or company.

Especially in B2B and industrial marketing, readers want not only informative content, but also content that makes them more successful. Here you are faced with the challenge of having to market complicated products. On the other hand, the potential buyer needs more information as he usually has to make a large investment. In these areas in particular, it is not a question of an attractive presentation, but of conveying the necessary information.

That is exactly where the advantage of the advertorial lies. It puts the information right in front of you, while pop-ups and banners only create an incentive to look further into the topic.

What is the advertising impact of advertorials?

The advertising effect of the advertorial is shown in the AET model (Attract – Elaborate – Transfer). This model examines ad perception of advertising from the perspective of whether the ad can attract, hold, and forward attention. A comparison of an advertorial and a “non-editorial advertorial” shows:

The study dates back to 2011. Meanwhile, advertorials are more common and also of higher quality. So the advertising impact should be even greater at the moment.

Here is an example of how an advertorial works:

As already described, an advertorial, in contrast to normal advertising, does not appear as a classic advertisement. When you search for information on the Internet, your starting point is usually a search engine. On the Search Engine Results Page (SERP), businesses can place ads that appear at the top of your results.

The “real” search results, here we are talking about “organic hits” appear only below and compete with each other. Your place in the SERPs depends on what authority the search algorithm grants to the individual page.

Since authority depends on many factors, such as traffic or the site’s backlinks, advertisers can take advantage of the algorithm – they pay the owner of a website to publish their own post in the form of an advertorial.

In our example, the first organic hit when searching for “marketing consultancy” is a page of a renowned German business newspaper. In such a case, the advertorial also generates a lot of organic traffic.

According to press rules, the newspaper marks the article as an “ad special publication” by placing a small text box above the advertorial.

The advertorial itself provides some basic information and is designed to increase your interest as a reader. The advertorial presents further information under links to its company. Thus, the advertisement designed as an article leads to the company’s website and generates traffic.

If you build the advertorial well in terms of content, you can even pre-qualify the incoming traffic through the information revealed. Users who come to your site in this way know at best exactly what to expect and are therefore very valuable traffic.

Are there dangers with advertorials?

Advertorials can be harmful if they are misleading. This is the case when you do not want to disclose the advertising sender. Or the content disclosed is not informative, but very promotional. Then it’s nothing more than a classic ad in body text only.

So you may have to rely on professional support.

An advertorial is a suitable advertising option, especially in the B2B sector. An advertorial on a trade portal also supports brand credibility and drives traffic to your product page.

A plus point here is the quality of the traffic. By reading the advertorial, the reader already knows what to expect. Thus one can select its target group very well by the revealed information.

With an advertorial, SEO effects are also possible through external links. However, since these are NoFollow links, it is unlikely that the link will have a direct impact. Nevertheless, the external link is a great way to get user signals like an increase in dwell time on your site, which in turn will have a positive impact on your SEO.