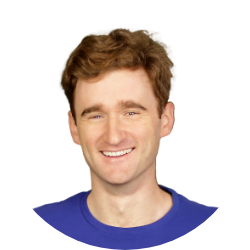 Clicks to Completion refers to the number of clicks a visitor has to make on a web page until he has reached a defined goal.

Click to completion is a concept from search engine optimization (SEO), based on the assumption that every website visitor has a goal when visiting the site.

The Clicks to Completion are an indicator for the conversion optimization of a page. Regardless of the rest of the page design, a low click to completion number is good for usability.

As a guiding principle for a user-friendly site and an intuitive site architecture, the – not uncontroversial – three click rule has emerged. The user should reach his destination on the page in just three clicks.

Especially sites that use a sitemap, i.e. a subpage that lists the various remaining subpages of a domain with the corresponding internal links, can easily comply with the three click rule. This shows the problem with the three-click rule: The clicks do not necessarily correspond to the time a user has to spend to reach his goal. Because few clicks do not mean that the user will find the right link quickly.

New research shows that users are willing to click more often until they reach their destination. The limit is about 25 clicks, if the information or the target is accordingly weighty. This indicates that it is not the absolute number of clicks that is central, but that user-friendliness depends massively on a balanced relationship between clarity and thus intuitive navigation and a small number of clicks.

Clicks to completion is especiallyimportant in e-commerce. Here, the conversion rate decreases the more clicks are necessary. This is particularly noticeable with online shops that offer products in a Facebook shop, but which are not available for purchase there. This is where so-called storefront effects occur, where customers bail the moment they would have to leave the Facebook Store.

Importance of Clicks to Completion for SEO

Due to this effect, website operators have to redevelop the navigation on pages. Here the clicks to completion will have to be weighted differently again, as a flat hierarchy of pages becomes more and more important.

The fact that more clicks will be necessary for this is not necessarily negative, since the user-friendliness of a page depends on more aspects than the number of clicks necessary for navigation.